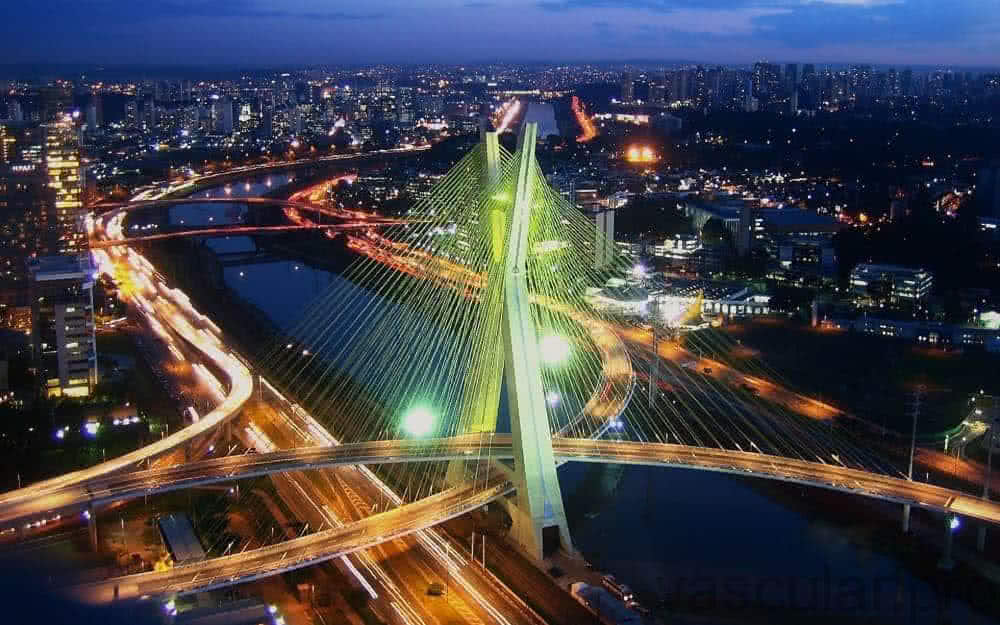 Located in South America, Brazil is the 5th largest and 5th most populated country in the world. The Atlantic Ocean borders it to the east; Venezuela, Guyana, Suriname, and French Guiana to the north; Colombia to the northwest; Bolivia and Peru to the west; Argentina and Paraguay to the southwest; and Uruguay to the south.

A former colony of Portugal, Brazil merges three distinct ethnicities into one culture: European (mostly from Portugal, but there is a significant number of Italians, Spaniards, and Germans), African, and Amerindian. A comparatively smaller number of Japanese and Middle Easterners arrived in the early part of the 20thcentury. This synergic mixture produces a unique blend of music, art, edifices, food, celebrations; and not to mention some of the most beautiful people in the world. With 4,655 miles (7,491 km) of coastline, Brazil is home to world renowned beaches and adjacent nightlife, and it gives a whole new meaning to the phrase “fun in the sun.”

The Joint Commission International (and partners) has accredited 15 hospitals and medical centers in Brazil, which are concentrated in Rio De Janeiro and Sao Paulo. Brazil is a hot spot for plastic surgery and esthetic surgery, like varicose veins treatment.

Because Brazil has the largest market for cosmetic surgery, it is home to some of the most skilled surgeons in the world. Medical training is intense, and for those travelers who are worried about quality, be assured that in order to practice medicine in Brazil physicians must undergo at least 11 years of combined residency and medical school. Credentials of potential doctors can be verified at the Brazilian Ministry of Health or atCREMESP. Credentials of our clinic doctors can be seen in the staff presentation.

The Vascular.pro clinic is located in São Paulo, and we use the facilities of the best hospitals in the city, like Albert Einstein, one of the most recognized hospitals and with 10 years of Joint Commision . To get in touch with the team use our contact form.

The official language of Brazil is Portuguese, however English is spoken in places frequented by international tourists and private hospitals, and Spanish is spoken in the border regions.

U.S. and Canadian citizens must have a valid passport (valid for at least 6 from the date entry, and with at least one blank page available for the visa stamp) andobtain a visa prior to arriving in Brazil. In order to apply for a visa, you must submit either in person or via U.S. postal service Express Mail, a visa application form; your passport; one recent 2" x 2" passport-type photo, either in color or black and white, front view, full face, with a light background (snapshots are not accepted); a photocopy of a round-trip ticket in one's name; or a signed letter on travel agency stationary with confirmed round trip bookings; or, if traveling by land, a notarized bank letter concerning the balances in one's bank accounts, signed by the bank's manager, as proof of financial capacity to pay for one's stay in Brazil; and a non refundable visa fee payment of $130 (if submitting by mail or by a person other than the next of kin, then an additional $10 must be paid). The fee must be paid with a U.S. Postal Service money order. If submitting by mail you must include a prepaid return U.S. Postal Service Express Mail envelope.

*Certain jurisdictions do not allow mail in applications and you (or a friend/family member) must apply in person.

Brazil has many major airports but for the purposes of medical tourism, in São Paulo, the International Airport is GRU

The following airlines have flights to Brazil:

For budget travelers, a private room in a hostel costs $20-$35 USD per person per night, while a 3 star hotel ranges from$70 to $183 USD with the majority in the $120 USD range. Sao Paulo and Rio de Janeiro offer a variety of upscale and unique hotels for those who desire the finer things in life. 5 star hotels, including hotels and hotel/spa/resorts that overlook the beach are $187-$450 per night. Brazil also offers an array of posh beach villas that average at around $2,500 per week.

The currency of Brazil is the Brazilian Reais (BRL).

In order to call Brazil from the U.S. or Canada you must dial 011 (exit code) then 55 (country code for Brazil), then the area code (2 digits), and then the phone number (8 digits).

*All Brazilian cells phone numbers start with 7, 8, or 9.

Cyber-cafes are widely available in major cities and towns. Larger hotels and most private hospitals throughout the country offer Broadband Internet connection.

Where do we begin…

There are tons of activities to occupy your time in São Paulo. For those who would rather watch an athletic activity than participate must buy a ticket in order to watch Brazil’s national obsession: futbol (soccer in the U.S.). Brazil is home to Soccer´s most famous (and best) player of all time: Pele, and a trip to Morumbi Stadium, which hosts many soccer matches throughout the year is a must.

A huge list of places to go can be seen in TripAdvisor.

Brazil is a hot spot for jewelry in that it is a producer of diamonds, gold, and 2/3rdsof the world´s colored gems. Also, cotton hammocks, leather goods, Indian handicrafts (in the Northeast), and religious articles are popular buys among tourists. Sao Paulo is considered the largest shopping zone in South America and you can find clothing and fashion at Rua Augusta located in the Jardins area, and there are also two malls in this area that are popular amongst Paulistas: Shopping Iguatemi and Shopping Eldorado.

Nightlife and the Arts

Before heading to the clubs and discos a trip to a Brazilian restaurant is a must. Brazilian cuisine, like the people, is a fusion of many different gastronomical entities. Food in Brazil is not only ethnically driven but is also regionally variable, for example, slaves in Bahia developed dishes from scraps and locally caught food mixed with coconut milk and palm oil. The closest to a Brazilian national dish arechurrasco (black beans simmered in meat) and feijoada (BBQ of select meats) which must be topped off with the national drink of Brazil: the caipirinha. This drink is a mix of crushed lime, ice, vodka or cachaça, and sugar.

Nightlife is booming in Brazil´s urban landscapes and the best entertainment is localize to Sao Paulo with the latter offering more sophisticated venues which host top international DJ´s and samba clubs featuring samba music and world famous samba dancers. Be advised that the main acts do not begin performing until after midnight.

Brazil offers a lot of cultural activities that are a result of its multicultural environment. Capoeira is a martial art that was developed by African slaves in the 1500´s, and samba is a musical genre with African and European roots. Both are performed throughout Brazil, and art museums, theaters, and galleries are common in major cities.

You can read more about São Paulo in Wikipedia.